Moving to Germany – is it worth the effort?

Germany ranks fifth in the world in terms of GDP, and among the European countries, it is in the first place. At the same time, most of the national income is brought not by production, but by service companies, including IT. Here is the lowest unemployment rate in the EU (4.5%). This attracts a large number of immigrants to the country. If your wish to live in the heart of Europe is definitive and irrevocable, we suggest you to decide what the best way of moving to Germany is.

Moving to Germany as a student

Higher education in Germany is free. Free studies in German universities are available for both German citizens and foreigners. Moreover, foreign students can get a scholarship, practice at the enterprises and work while studying at the institute. To move to Germany to study, it is necessary not only to know the language at a very high level, but also to study for at least two years in a stationary, or three years in a correspondence course at an accredited state university in your homeland. And those who graduated from the gymnasium can submit documents to the desired university without previous studying at the university.

After you send the documents to the university, you will have to pass the German exam. The results of the exam will show you how ready you are to study.

As we already mentioned above, foreigners have the right to work during studies, but not earlier than after four semesters. As for work, it plays a huge role in getting permanent residence after graduation.

If at the designated time you can find a job and work for several years, then the question of the final move to Germany will be solved. You will be able to apply for a permanent residence in this European country.

In time it is possible that you’ll realize that Germany is not your country. In that case, you will be able to settle in a new place. You can find a job anywhere else in Europe, as German diplomas are recognized all over the world, and you will not have to confirm your education.

Moving to Germany as a highly qualified specialist

Germany needs highly qualified specialists. Today there is a special demand for doctors, engineers, IT-technologists, scientists. You can move to Germany without knowledge of the language, even with your family, on the Blue Card. The only thing you need to do is to confirm your diploma in Germany, which is not difficult.

After moving to Germany on the Blue Card, you can count on the fact that after thirty-three months you will get the right to permanent residence. But you can get a permanent residence earlier, in twenty-one months. To do this, you will have to apply for German language courses. That way you can learn German language. After that, you need to get a certificate that will confirm that your knowledge corresponds to the level of B1 / B2 according to European language standards.

Moving to Germany as an entrepreneur

Despite the fact that Europe has problems with economic shocks, political strife, influx of refugees, problems in the banking sector, a drop in the price of carbons, we can say with certainty that the situation in this country is stable and very favorable for the creation or development of business. Experts consider Germany to be a country of small and medium business.

The government of the Federal Republic of Germany contributes to the development of small and medium business. Also important is the support of the German banking system. They help beginning entrepreneurs not only at the initial stage of formation, but also in the development process. Entrepreneurs can count not only on long-term loans on favorable terms, but also on getting funds from local budgets for the modernization of enterprises, the introduction of eco-projects, innovative technologies. In addition, a number of industries have the reduced VAT rate.

Foreign entrepreneurs who develop their business in Germany have all the rights. It is worth saying that more than half of all businesses on federal land is in the hands of foreigners. They were not frightened at the time by taxes, and today in many large cities their business is booming, and company branches can be found in the EU countries.

The appeal of business immigration

Business immigration is an excellent opportunity for businessmen from all over the world to start their business in Germany. In order to get a permission from German officials to start a business, you must have an impeccable business plan. In that plan you have to describe in detail the strategy and tactics of developing your business. That plan is the key link that affects the move to Germany.

There are also people who want to move their business. If you want to move your business to Europe, you can easily do that after moving to Germany.

Earlier it was important for a businessman to have at least two hundred and fifty thousand euros in a bank account. He also had to guarantee the creation of five jobs and to convince officials of the expediency of his business in a particular territory. Today these requirements are greatly simplified. The main task of a businessman is timely payment of taxes and observance of all points of the business plan. Getting the right to permanent residence depends on the financial solvency of the entrepreneur. If business prospers, and one pays taxes on time, then he can get a permanent residence in three years. It is important that his family can also move to Germany, using the family reunification program.

So, why is moving to Germany worth your consideration? 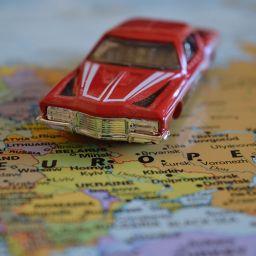 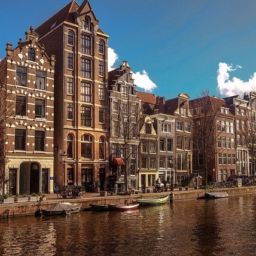 Buying a property in the Netherlands 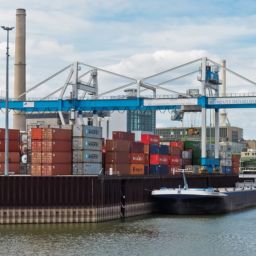 How to ship goods to or from Europe?