Florida vs. Spain – where to move?

Deciding where to move between Florida and Spain can be tough. Both places are very beautiful and they both have their pros and their cons. But how to make the right decision? We are going to discuss the similarities and differences in living in both Florida and Spain. This way you might find making this decision easier.

Similarities between Florida and Spain

It’s not accidental that you are choosing between these two places out of all. Florida and Spain have a lot of similarities. Mostly the positive things are similar. These things are what makes you want to move to these places. Here are just some of them.

Both Spain and Florida have nice, warm weather all year round. There are some exceptions, of course, when there is a lot of rain or wind because of the Atlantic Ocean, but both of these places have over 300 sunny days a year. So if you are moving to Florida from the North, you might need some time to adjust. There is also a lot of humidity in both Spain and Florida no matter where you live. This type of predictable weather is perfect for those who like spending a lot of time outside in nature.

As you probably know, there is no snow in Florida. However, there is snow in Spain but only in the highest mountains. This means that you can enjoy both winter and summer activities all year round when living in Spain. So if you are someone who enjoys winter activities such as skiing or snowboarding, Spain is the place to move to.

Spain is known for its beautiful beaches, but so is Florida. Tourists love them all. They are sandy, the water is beautiful, the bars are colorful and fun, there are a lot of people everywhere during summertime. All of these things can be said for both Spain and Florida. Many people move across the state to be able to enjoy Florida’s beaches. But many people move from across Europe to enjoy the beautiful beaches of Spain. So if you thought that you would be able to make a decision based on the beaches you like better, you were wrong. It’s hard to choose between the two.

Nightlife is just another similarity. Clubs and bars can be found anywhere. Cheap drinks and great music are what these two places both offer when it comes to nightlife. That is why young people from all over the world come here and spend their summer vacations partying and enjoying the beaches and the weather. But if you are moving after retiring, you shouldn’t worry. There are small towns in both Florida and Spain where you can enjoy the peace and quiet.

Both Spain and Florida are located on the coasts of the Atlantic Ocean. This means you will have fresh seafood available all year round. If this doesn’t sound like a dream come true, we don’t know what does. Eating seafood is very healthy, especially when it is fresh. What is amazing is that even though these two places are so far away from each other, they share the same supplies of fish and seafood. You can always find a free table at one of many restaurants and have a nice dinner with your friends. All with very affordable prices. Spain is also one of the top European places for vegans because of the fresh fruits and vegetables that they produce.

And many more. But now it is time to state the differences that will help you make the final decision.

Taxes in these two places function differently. The reason why many people like living in Florida is that there is no state income tax. You just have federal taxes to worry about. Paying taxes is not something people enjoy doing. And that is why Florida is the place to be if you are like the rest of us. So book your move with miamimoversforless.com if you are ready to say goodbye to state income tax. But if you don’t mind it, Spain can become a place you call home. There are different types of taxes in Spain. Spanish tax rates can vary across the country for income tax, property tax, wealth tax, etc. This is because taxes in Spain are split between state and regional governments. Same as the USA. Finally, whether you pay Spanish taxes on your worldwide income, or Spanish-based income only depends on your residency status.

Cost of living is vital when deciding where to move

The cost of living is slightly higher in Spain because Spain is a popular tourist destination. But it is not something you have to worry too much about. Income is larger in Spain than it is in Florida. But when you level all things mentioned and add the fact that there is no state income tax in Florida, it comes down to the same thing. But there are a lot more business opportunities in Spain than in Florida because of so many tourists all year round.

The main problem that might occur is the language. In Florida, you won’t have any problems if you know English. But if you don’t know Spanish and you live in Spain, certain problems might occur. But of course, language is not something you can’t learn over time.

Where to move – Spain or Florida?

We can’t possibly tell you whether you should move to one place or another. For one reason only. We can’t choose either. It’s a very tough decision to make because these places are so similar. Both wonderful and fun, suitable for both young and old people. The decision making will have to be all you. 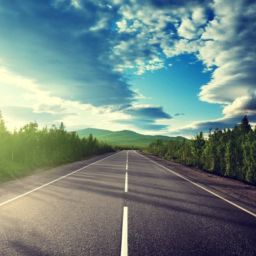 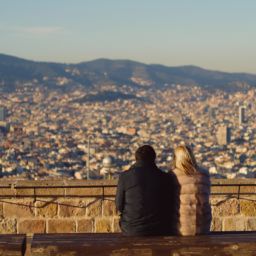 Florida vs. Spain – where to start a family? 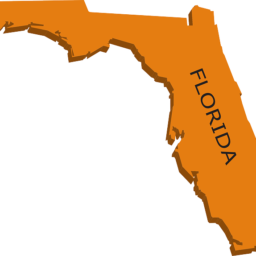 Europeans moving to Florida – how to prepare?