Everything you need to know when moving to Nashville

So, you want to move to the capital of music. That is a good choice. However, moving can be very stressful. Especially when you do not know much about the city you are moving to. We have gathered experts and sought advice on what should everybody know before moving to Nashville. All the important issues such as the costs of living, climate, renting or buying a house or an apartment, and so on. Creating a stress free experience is what we do best, so read on and find out everything you need to know when moving to Nashville!

Basic information about moving to Nashville

The music city is growing at a very fast rate. 700.000 people have found a home in Nashville, and it is expected for the number to rise for another 35.000 in another year. Nashville is located in Tennessee which is known for many beautiful sites you can enjoy and relax. The climate of the area is labeled as humid subtropical climate. This means hot and humid summers and mild to cool winters. The temperature average in January is 3.2 degrees C, and 26.3 degrees C in July. This is a good reason to move here as a nice climate can have a very positive effect on your well being. The city also has an international airport which makes traveling a breeze. So, if you are adamant on moving to Nashville, be sure to get a free estimate. Getting precise moving estimate in Nashville is easy if you know where to look!

Buying or renting an apartment

This is a big question for everyone who wants to move. First of all you should determine your budget. If you are not that financially stable, consider renting an apartment. The average rent price in Nashville is $1,343 according to RentCafe, which is lower than the national average. However, renting an apartment means dealing with a landlord. You will also not have your own property. That is why buying a house in Nashville is a much better idea. It is more expensive, but in the long run, it will pay off. It seems harder to give up a large amount of money for a house, but doing so will make it cheaper if you consider all the years you would be paying rent have you decided to do so. The average house price in Nashville is $266,000 which is close to the national average, according to Zillow. Check your finances, and make the correct decision based on this.

The job market in Nashville

As we have previously stated, Nashville is a growing city. This means that the job market is booming. Not everyone who is moving to Nashville wants to become a music star. Some people just want a regular job and a steady life. The biggest industries in the city are technology and healthcare. The average salary is somewhere around $50.000 a year. There is also Bridgetown Tires and Vanguard Industries, a vehicular and textile giants respectively. Nashville being the city of music, opens up opportunities for people working in tourism. The city is also a tech hub and they are offering positions in a software development training camp. This will make you qualified to work in the software development industry, which is one of the biggest growing markets in the United States of America, and the rest of the world.

You will most likely need a car

This is something everyone who wants to move to Nashville should be aware of. With Nashville being one of the quickest growing job markets in the country, driving is on everyone’s mind now. Especially if you live in the suburbs or the outlying areas. You can use public transportation, but people rarely choose this option. Some areas of the city are very pedestrian friendly, especially the student quarter. If you want to get to the airport that will be a 15-minute drive from downtown Nashville. According to research, 91% of residents use cars to get around.

City of music and art

If you are a fan of live music, or a musician who wants to have regular gigs, Nashville is for you. No doubt about it. Everyone who moves to Nashville can confirm this. The gigs are usually free of charge and high quality. There are bigger events such as Bonnaroo and the Country Music Awards. If you are more into rock n’ roll, jazz or classical music, the main place for bigger events of this type is the Schermerhorn Symphony Center. The city also boasts the Country Music Hall of Fame, which is a must-visit for every fan of country music. If you are a musician, this is the place for you. When you are ready for your music career to Move On – Nashville Movers have got you covered! They have experience in moving musical instruments so you do not have to worry about a thing!

Although Nashville is the capital of music, there are a lot of other art forms prevalent here. There is also the Frist Center for the Visual Arts, which hosts film and art classes. There is a big museum, which is both a gallery and a botanical garden called The Cheekwood Art & Gardens. Definitely worth the visit! Other than that, the residents of Nashville gather every first Saturday of the month for Nashville’s First Saturday Art Crawl. This is when most galleries offer free entry as well as snacks and drinks.

Are you a lover of history? Well, there is something for you too! Hmm, not the real deal, but at least its a copy worth of the original. Presenting the Nashville Parthenon! With this in your local park, you do not need to visit Greece in order to revel in the magnificence of this great monolithic structure. The Parthenon is built in the Centennial Park and if you brave inside it, you will also find a real size statue of Athena, just like in Greece! It was built in 1897 and it now serves as a gallery with many exhibits. There are guided tours you can take to admire the beauty of classic architecture and the art placed inside it as well. 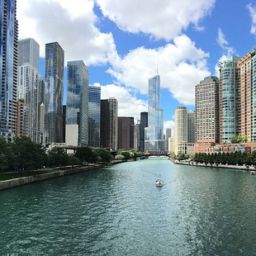 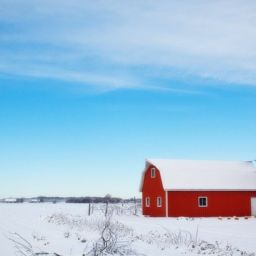 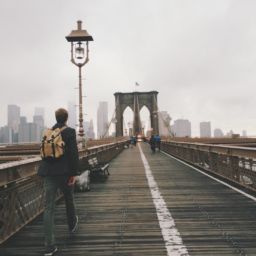 Moving to the Big Apple for work