Europe itself is a beautiful place to live in, no matter what part you are considering. But, what is the most beautiful characteristic of Europe is a mix of styles in architecture, art and culture. And the part of Europe that was the most exposed to different influences is eastern, and especially south-eastern Europe. Eastern Europe moving people can see a mix of Turkish, Austria-Hungarian, Russian and many more cultures, being that the most wars were fought here.

This is the heart of Europe, the crossroads of the continent, the place that had to be conquered in order to conquer further east or west, it doesn’t matter. Everybody had to cross here, to continue further. That is why different cultures ruled these lands and left that rich cultural heritage for us to enjoy it nowadays. There are a lot of cities in this East of Europe that you should move to, and we can’t put them all in just one article, therefore we should make a serial of articles about these brilliant cities and explain what makes them so great that we would recommend them as top cities for your relocation to Europe.

Slovenia’s capital still hasn’t had that honour to be European capital of culture, but this city definitely deserves to be flattered by that title. Not only because it is old (Romans founded it 2000BC), but because it was at the heart of happenings through the history. Ljubljana collected pieces from every civilisation that endured here. That is why Ljubljana has the most museums in all of Slovenia. Even nowadays the culture is still in progress. Around 10.000 cultural events take place here each year! Great recommendation for Eastern Europe moving person loving culture, isn’t it?

What also makes Ljubljana so great East European city for relocating to is the nature here. Almost everywhere you look, your view is surrounded by a green colour of trees and grass. There is also Ljubljana river. In the area around the Ljubljana river, the traffic is restricted, making it so fabulous to walk on the banks of it.  All along the river, there are the terraces of the cafes, making you feel like there is never-ending street party whenever you pass by it. Also, for Eastern Europe moving enthusiasts who love baroque, there is a Ljubljana castle and Ljubljana public library, both buildings of terrific architecture.

What about Belgrade is the most important to tell to Eastern Europe moving individual? Hm… First, the history of Belgrade dates from at least 7000BC! It was 500 years under the occupation of Ottoman empire. On the other hand, almost half of its history, the people from Belgrade served Austria-Hungary. All of that time, people proudly kept the national identity, just collecting the cultural heritage! That is why Belgrade has so many galleries, museums and other cultural institutions today, making it one of the top Eastern European capitals if relocating for the cultural heritage.

Besides culture, Belgrade is a tremendous place to commute to in Eastern Europe for being the place of Sava and Danube influence. On the banks of these two rivers, there are dozens of boats. Here you can lunch, go out at night, or have a drink, enjoying in view of the city from the river. Nightlife on Belgrade rivers is something everybody, who experienced it at least once, talks forever! This city is maybe one of probably several cities in all of Europe that literally never sleeps. Belgrade is an Eastern European city, once you relocated to, you will never want to sleep too!

Yet another reason for Eastern Europe moving individuals to choose Belgrade is sports! Belgrade is home to two biggest sports clubs in Serbia- Red Star and Partizan. The derby matches between the two are famous around the world. Hundreds of world known media made stories about these matches. Probably the most interesting thing about them are the fans. They are fanatic. Crazy about the club they love. They are making the atmosphere surreal and so beautiful to enjoy.

KOTOR, MONTENEGRO- For those Eastern Europe moving people who like both, mountain and the sea-

Montenegrin city of Kotor lies in the Kotor bay. It is right at the place where mountains touch the sea. On one side, you may climb the mountain. On the other, you can relax swimming in the beautiful Adriatic sea. That is what makes Kotor one of the most spectacular cities in Europe. Having the deepest fjord in Europe only adds to that constatation. Relocating to Kotor means relocating to pure natural Mediterranean beauty! The cheap and good wine and also nice people help you enjoy Kotor even more. Kotor occupies your mind the moment you see it for the first time. That occupation makes you want to relocate to this medieval Eastern European city as soon as possible

The walls of the city date back in between 9th and 14th century. These old fortifications make your walk through the city feel like you are in the middle age. When the carnival takes place in the summer, the experience of those times is even stronger. Venice kept the territory of Kotor for a long time and left cultural heritage here. It is one of the reasons why Kotor carries a name of natural and cultural World heritage centre.

Talking about the kitchen, the highest influence made the Italian one. Which is not that odd knowing how long the Venice ruled this territory. Other influences of the kitchen here are mostly from other Mediterranean countries. The main ingredients of the home food in Kotor is seafood. Nightlife here is also great, commuting to this place in Eastern Europe would definitely enrich it for you. You may choose among various opportunities to have a good time. It doesn’t matter if you like modern kind of it, such as night clubs. Or you prefer dinners listening to national music of Montenegro.

Reasons for moving to the cities in Eastern Europe we mentioned in this article: 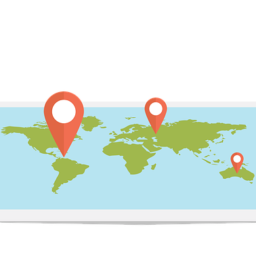 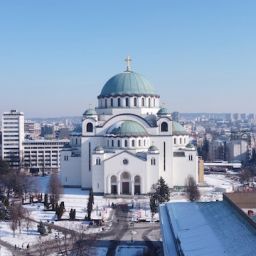 Best cities in Europe for freelancers 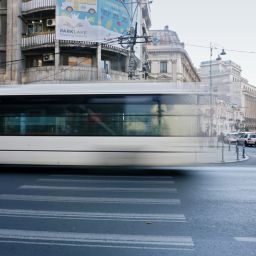 Most affordable capital cities in Europe