Traveling abroad fulfills you with excitement. You get to know new culture, traditions, language and meet new people. You can pursue your dreams and start a new life. Your opportunities are limitless! But, as much as they can be thrilling, these new experiences can also overwhelm you and bring anxiety or sadness. Know that the daily routine in Europe is a little bit different from the one that you’re used to. This can bring a little panic in your life but you can easily survive the inevitable culture shock in Europe.

The important thing to know is that Europe isn’t just one big country! It has a lot of separate countries and every one of them has something characteristic that sets it apart from the other ones. You should definitely do the research on the best cities in Europe for relocation from the USA and find the one that suits you the best.

After reading this introduction, you’ll maybe find yourself asking “How different can it be?”, or even “Why an American should move to Europe?” But don’t be afraid! We will do our best in listing and describing facts that almost every expat finds unusual when he moves from America to Europe. With our help, you will be ready for starting your life in Europe in no time.

In Europe, history is all around you. In comparison to the American history, European history goes way back and has evolved so much over time. America offers beautiful new and gigantic buildings, breathtaking architecture that gives out some kind of a futuristic vibe. On the other hand, European cities are much older and have history written all over them. Even if you are not familiar with it, you can travel around and get an accelerated course in European history.

Want to see where the first traces of renaissance originated? Travel to Italy. Want to learn something about the Greek mythology? Explore and fall in love with ancient Greece. Or even learn something new about the gothic architecture? Then go to Prague, the city of a hundred spires. And much more! Europe offers endless possibilities.

Your transition to the European way of life will be a little easier knowing the fact that most of the Europeans speak your language. More than a half of them know a second language, mostly English, well enough to have a conversation in it. This surprises Americans a lot, but it also makes the survival of the European culture shock a little bit easier. There is a catch, though.

If you are visiting or moving to the United Kingdom, you will find a lot of different expressions that will make you feel like you are speaking in a different language. For example, a cookie is a biscuit, French fries are chips, the apartment is a flat, etc. We recommend you to search for Europe moving tips but also grab some spare time to get familiar with these terms.

We are sorry to inform you but you’ll need to say goodbye to free refills and big portions of food. Most of the Europeans eat more balanced meals and less fast food than Americans. This is why you will probably be craving for the American food at first. But then you’ll start exploring your new city and its culture. Ask around. Any local can tell you where to find the best restaurant in their neighborhood. Be open-minded and try popular national dishes like German sausages, Austrian schnitzel, Belgian fries, Bosnian ćevapi, Greek moussaka... Find out why these dishes are known all over the world! One thing is for sure – immigrating to the European Union has never tasted this good!

This is another reason why people experience culture shock in Europe. Alcohol laws in America are much tougher than almost anywhere in Europe. The legal drinking age and a minimum age of purchase in the US is 21. In Europe, however, in almost every country you can buy alcoholic drinks at the age of 18, and in some countries, you can drink in public even though you are younger than 18. Alcohol is everywhere! You can drink a beer in some German museums, or a have a glass of wine in a French movie theatre. If you think Americans drink a lot, then you’ve probably never been to Europe.

This is a rather funny change Americans will experience after moving to Europe. Many tourists find it strange that in most European countries you have to pay if you want to use the public toilet. You’ll probably have to pay about 50 cents in order to use them, but you can also just stop by at some bigger mall and use the restroom there for free.

Here’s another thing that you’ll need to learn – the metric system. Don’t even bother trying to explain to a European how much is an inch or two. Before moving to Europe you will definitely need to know how many meters there are in a mile or kilograms in a pound. If it is easier for you, download a converter app before you get a handle on this tricky system.

In the end, no matter how prepared you think you are for your move to Europe, you will certainly go through an emotional rollercoaster. The survival of culture shock in Europe can be broken into 4 stages:

After going through all four stages all we can do is congratulate you on surviving a culture shock in Europe. Now, let the fun begin! 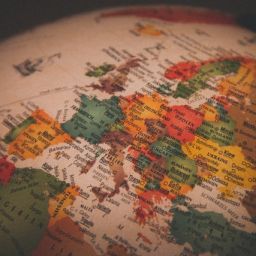 5 main reasons why young New Yorkers are moving to Europe 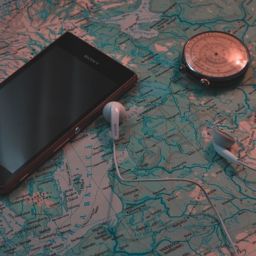 Guide to a quick relocation from Washington to Europe