In the last decade, moving to Scandinavian countries, in the most northern part of Europe has been a sought-after location for immigrants. You’re probably asking yourself: Why? The weather is bad and the language is difficult, right? Also, the people are cold. Well, if these are your thoughts, you’re in for a surprise! Though, the language is still difficult… However, there are still plenty of reasons to move to Norway!

Go online and Google some Norway scenery. Done? Well, we believe that for every hiker, photographer, artist, or even a businessperson enjoying the peace of nature, this country is a true paradise. Due to its geographical position, Norway has a vast and diverse flora and fauna which inhabits areas with a colder climate. Though, that in itself isn’t such an impressive feat. One of the reasons to move to this country is definitely how hard it has worked to preserve its natural beauty. It has everything, including mountains, waterfalls, glaciers and beautiful hillsides. And if you’re looking for a special shot with your camera, capture a fjord. Taking a trip with the Norwegian train is worth it. After all, you will be watching the beautiful scenery for the 7 hours from Oslo to Bergen. 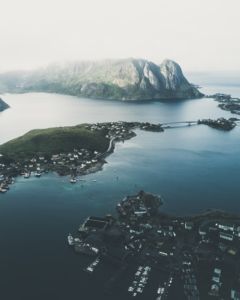 2. You should definitely consider moving to this country for the culture

If you’ve been following the Vikings and think that it’s going to be somewhere along those lines… Don’t worry! A definite reason to move to Norway is the uniqueness of the country. There are plenty of museums and a rich culture of tradition to learn once you settle down. If you’ve wanted to see a real Viking ship, Norway is the place. After all, they have three in The Viking Ship Museum in Oslo. One of them, the Gokstad, is the best preserved in the world. If you still need reasons to relocate to Norway, look forward to the ‘no tourists time’. Unlike other European cities, which are always full of fanny packs and flashing cameras, Oslo has an off season. Look forward to the winter, when you will be able to see the magic of the country and its culture – without the influence of tourists!

3. The language is also on our list of things why Norway is a great destination

As a foreigner, pronouncing Ø, Æ, or Å will make you sound absolutely ridiculous. That’s perfectly alright. You will master the most important words fairly easily. Though, Norwegian isn’t the only language you’ll be learning. This tongue is very similar to Swedish and Danish. Once you’ve mastered one, you’ll easily be on your way to speaking two more. But, this isn’t why we’re mentioning language as a good thing when you’re moving to this country. One of the main reasons to move to Norway is the fact that almost everyone speaks English. And, if not, they will do their best to still communicate with you!

4. The costs in Norway may be a con against relocation… then again….

The ridiculous amount of money which you will be paying for literally everything seems like a con on your list, right? Well, we’re going to try and prove you contrary. While it’s true that everything is expensive in this Scandinavian country, it’s also acceptable for the pay there. Simply, as soon as you start working, you will realize that the generally high standard of living is a definite pro. Should this be on the list of the reasons to relocate to Norway? We think yes, too! While we’re talking about money, let us tell you one more thing. Banks here offer amazing online service which you will love immediately!

5. One of the reasons you should consider moving to Norway is the fact that it’s family friendly

We all know that there are many countries in Europe which are great for raising a family. Though, Norway still has some features which we wanted to point out. If you’re considering starting a family, this might be the perfect place to move to. Fathers are allowed up to 12 weeks paid leave for the first three years since their child’s birth. Also, workers, in general, tend to have 37.5 hours in a week. 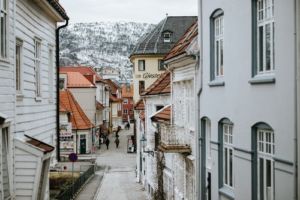 6. You should think about moving to Norway because of healthcare, too

Free healthcare? Well, something like that. After you become a local here, you should apply for free public health service. Sure enough, you will be paying until you reach the annual $1,817 cap. But, after that, everything will be free! Let’s also mention that healthcare is one of the reasons for moving to Norway because of its great quality, too. It’s in the top 15 systems in the world, even above USA.

7. If you’re going to Norway, it doesn’t matter where you come from

This country has actively been working towards a multicultural society for over six years now. Almost 11% of the population is expat, after all. So, it doesn’t matter if you’re coming from the USA to Europe. In Norway, you will surely find an accepting environment and a new home.

8. Low crime rate is surely a great reason to move to Norway

Safety is a topic, no matter which country you’re relocating to. If you decide on moving to Norway, though, this won’t be too big of a problem. There are only about 4,000 prisoners in the whole country. Not to mention that there are rarely repeat offenders. The system is innovative and highly effective.

9. If you’re troubled by the snow, it’s time to pick up the skis!

One of the top reasons to move to Norway are definitely the winter sports. It’s well known that this country has been leading the skiing world for a long time. It doesn’t matter if you’ve never tried it before. Just tell the locals that you don’t know how to ski, and they will ship you off to Beitostølen, Geilo, or Hemsedal. Soon enough, you will be perfectly at home on the slopes!

10. You will fall in love with the people as soon as you move to Norway

From afar, it may seem like Scandinavian people tend to be cold. However, that isn’t the case at all! They are among the happiest people on the earth, as statistics show, even if they might not show it outright. But, don’t worry. As soon as you learn the word ‘skål’ and take a drink with the locals, they will warm up to you. After that, you’ll find yourself loving them more and more… 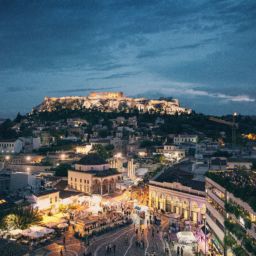 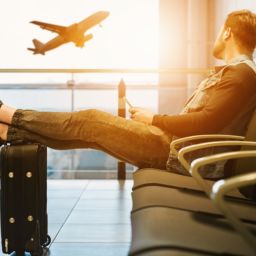 Dreaming of moving abroad? Plan for the unexpected 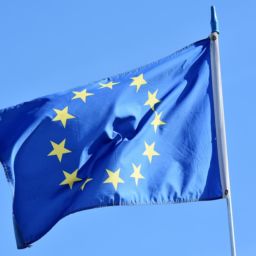 Moving to Europe for University education