Why are people moving from one place to another? The one common reason is that they are looking for better opportunities in life. Whether it’s an American moving to Europe, or vice-versa, people move believing that their lives will be better. But, what are the reasons that inspired people to move hundreds of years ago? More precisely, why did settlers move to Texas? Well, the reason is quite similar – they believed that their lives would be better there.

If you think today why someone would move to Texas, it’s not that hard to answer it. After all, there are many benefits to living in Dallas, for example. But, what was the main reason for settlers coming here? The answer has a lot to do with politics. Even though this was a territory where Indians still existed and slavery was not allowed. But, that just might be what made them come here. The reasons can be divided into several categories:

There are actually several governments who played a key role in the colonization of Texas: the Republic of Texas, Spanish and Mexican governments. These governments granted land for settlers ever since the beginning of 18th century. Hundred years later, these grants were provided with a condition of accepting Catholicism, and that was not a problem for most settlers.

Today, if you wanted to move, you would contact a reliable moving company, like Evolution Moving Company NB, or a real-estate agent. But at the beginning of the 19th century, “empresarios” did something similar. They would conclude contracts with the Mexican government that provided them lands in exchange for bringing Catholic families to Texas. Also, they would help them settle and supervise them afterward. But, they didn’t own that land and didn’t really receive the fee for this. However, they played a vital role in the colonization of Texas, since thousands of families settled here this way. But, why did the Mexican government do this? Well, they had their reasons:

Farmers from the US came to Texas attracted by the policy of the Mexican government. However, the government soon realized that too many Americans were coming here, with not too much Spanish Catholic families. All the while, Anglo-Americans came here because of the cheap land. For example, more than 4.500 acres could be bought for less than today’s 200 dollars per acre. And that could be paid in more than 5 years. Also, it became even cheaper afterward.

They were granted even more land

The Republic of Texas also gave land to the settlers. All heads of families were given more than 4.500 acres, provided they were not Indians or Africans. Also, with the Texas Revolution, for their service, settlers were provided land. In addition, the government freed them from certain taxes. That’s the reason why around this time, the population in Texas was around 35.000 people. And with lands granted so easily, it’s more than understandable.

They had their own reasons

Why did settlers move to Texas? They did have their own reasons, either for gaining benefits or fleeing their own debts.

They wanted to benefit from it

There was another reason why Anglo-Americans came here, and that’s because they believed the annexation of Texas would improve the market. More precisely, they believed the US would buy eastern Texas from the Mexicans, as a part of the Louisiana purchase, which would raise the price of the property.

They were fleeing their own debts

Farmers in the US had a hard time after the War in 1812, since the prices of their products declined. However, bankers wanted the payment immediately. Fleeing their creditors, and risking ending up in jail, they brought their families to Texas. The reason was that there was no agreement between the US and Mexico that enabled the return of fugitives and collecting debts.

Luckily, one of the moving mistakes to avoid today is not moving to a place where you didn’t expect slavery would be prohibited. But, when settlers were coming to Texas, this was a legitimate problem for them. Even though the Mexicans didn’t allow slaves, that didn’t stop the settlers. Politicians also didn’t really react to this, as settlers produced cotton here, with the help of slaves. When the government expressed that it wasn’t very fond of this though, the settlers concluded contracts with their slaves. Unfortunately, the slaves were illiterate and were bound by these contracts for almost 100 years.

Everybody’s looking for their own happiness

Will you be happy after moving? This was the same thing that settlers were looking for here. And most of them did find that here. In years to come, the Anglo-Americans often rebelled the demands of the Mexican government. Even though they helped brought them here, the Mexican government wasn’t happy with the result. But, it was something they just weren’t able to change.

Why did settlers move to Texas? In the search of opportunities. This is the same reason why people come here today. Texas today has a second-largest economy in the US. Also, it would be approximately at the 10th spot among the countries in the world, if it was a country for itself. In addition, taxes are very low in Texas, the 7th lowest on the national level. With no income tax and a thriving economy, it’s still a place where many people come. 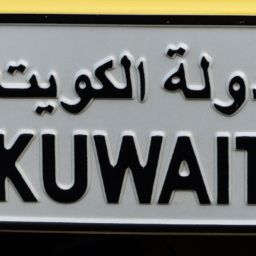 Europe vs. Asia – where should you live? 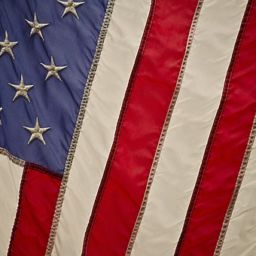 Moving to the USA: Culture Shock