You’ve been wondering what it is like to live in Greece? Thinking about what that country can offer to you and if you are making a good choice? You’ve decided that it is a time for you to move and start a new life in a new country. In this article, we will try to introduce you to some of the best reasons for relocating to Greece.

Moving to Europe from the USA can be challenging, especially for those who never visited any country in this continent before. Europe is a continent with so many diversities, different cultures, religions, nationalities, and languages. It is called “the old” continent, but it is in fact very lively and evolved. You will probably need some European moving tips before starting to organize this big move in your life.

Meeting the incredible culture, one of the oldest in the whole world

Greece is the so-called- cradle of western civilization and democracy. The history and culture of Greece persist different periods of development and each of them enriched the Greek culture and heritage. Here are just a few great things about what Ancient Greece gave birth to.

Did you know that thousands of English words have origins in the Greek language? Quite impressive! Learning a new European language can be difficult, but it is worth a try. You will more easily settle in the local community.

The beauty of historical architecture and sites, one of the reasons for relocating to  Greece

With such a long and meaningful history, Greece has a long list of places of importance. By walking throughout these places you can easily imagine all those ancient myths coming alive. Isn’t that wonderful?

There are many more historical places which you will certainly enjoy. Traveling through Greece is a unique experience. If you are a person that likes to explore and discover new things and places, Greece is the right place for you.

Athens, the capital of Greece. A city of sun, fun and loud atmosphere

Athens was the hometown of Socrates, Plato, Aristotle, and many other important people. Here are a few more reasons why it should be your new hometown.

One will probably notice a slightly increased tone of voice in the conversations local people have between each other. One should not assume that our hosts arguing, they are just talking about everyday things, such as- to eat or not to eat gyros. People that live in this part of the World do not hide to express their emotions and the vast majority of them is always willing to eat, drink and dance Sirtaki, a popular Greek dance. You will easily make friendships with Greeks when relocating to Greece, just show respect to their history and culture. They are very proud of it. Who wouldn’t be?

For those who would rather move away from the traffic jams and the dynamics of downtown, starting a new life in a small village or an island – is a great advantage of living in Greece.  You can, on the other hand, just spend a weekend in such a place. Within a few hours’ drives, you can be near the sea.

Long walks on the sandy beaches, watching the sunset, diving into the sea, drinking Greek frappe are only a few benefits of Greek seaside and islands. Some of the most beautiful islands in Europe and the World that one should visit are in Greece. And just to name a few: Ios, Mykonos, Santorini, Kefalonia, Zakintos etc. Greek Islands are probably the most convincing reasons for relocating to Greece.

Did someone say Gyros?

Traditional Greek food is known worldwide. Taverns, which are Greek type of restaurant with traditional food and music, are always full of people throughout the day. This information might give you a hint of how good Greek cuisine is, and how much local people enjoy meeting each other and spending time together over a nice dish of traditional food. A mix of vegetables, fish or meat, olive oil, and wine are used in preparing the finest traditional recipes.

In addition to the well-known gyros and souvlaki, there are a plenty of delicious Greek dishes from the Mediterranean cuisine. Some of them are Keftedes, Moussaka, Spanikopita, Yemista, Tzatziki, and many others. Along with these great dishes, you should try Retsina, the local traditional white wine, or Ouzo, dry anise-flavored aperitif.

Pack your things, find a reliable European moving company and start planning your relocation. We gave you just a few of many reasons for relocating to Greece. You will be thrilled to meet them and find many others, by yourself. 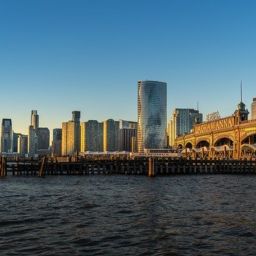 Moving from Serbia to New Jersey – what’s to know? 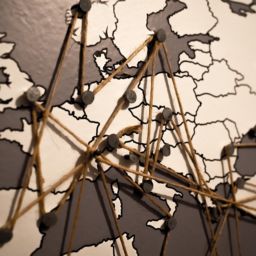 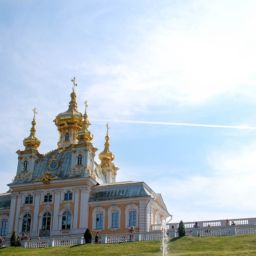 Moving to Europe from Russia