The appeal of moving to Vienna

If you’re thinking of moving to Europe, you surely already know how hard it is to choose the right city or even the right country. There are so many of them that it can be hard even knowing where to start looking. However, we’re here today to make a case for Vienna, the capital of Austria. What is the appeal of moving to Vienna?

First of all, we have to mention the housing in Vienna, as it is both affordable and very cool looking. There’s about 5000 new public housing being built every year in Vienna. About 60 percent of Vienna’s population lives in such housing. And they don’t mind it at all, because it is beautiful. The design is artful, vibrant and colorful. What’s more, public housing in Vienna also occasionally comes with useful and fun amenities. For example, some of it comes with rooftop pools, while others can enjoy Finnish saunas that are sometimes included with the housing. Even if you didn’t manage to have a stress-free relocation, don’t worry, as there’s a chance that you’ll soon be relaxing by the pool on your rooftop.

Joking aside, the officials in Vienna have realized that high-quality public housing is actually a social need and not a luxury that the state might be able to afford. And that is a very commendable attitude.

Another progressive stance that characterizes Vienna has to do with gender equality. Namely, there’s a policy called gender mainstreaming in Vienna. This policy’s goal is to make the city equally convenient for both men and women (as well as for all the other genders out there).

This policy has been very successful. It has led to about 60 projects that have changed the way that the residents of Vienna experience this city. These projects include a housing complex that also features a kindergarten and was designed by a woman. Street lighting was also improved in order to make Vienna a more safe city. Parks are now slightly different in Vienna as well, as they allow more equal access than before. If you’re moving in together with your significant other, moving to Vienna can be great for both of you, as it is a very gender-equal city.

If you’re thinking of moving to Europe with kids, then you should know that your child will be able to have a great education in Vienna. Schooling in Austria begins when the child turns six. However, if you move to Austria before that happens, your child will have to go to kindergarten for at least one year before starting school. That is also a great way for him or her to learn German.

Everyone who lives in Vienna can enroll their children in free public schools. However, there are plenty of private international schools in Vienna as well. That’s good news if, for whatever reason, you don’t want to enroll your child at one of Vienna’s public schools. Another piece of good news (or bad, if you want your child to learn German more easily) is that the lessons are usually given in English. This list, made by the United States Embassy in Vienna, should be very helpful to anyone who is thinking of enrolling their offspring at one of Vienna’s high-quality schools.

And they really are high-quality. However, quality comes with a price. School fees range between 5,000 and 30,000 euros a year, depending on the school. This hasn’t stopped international schools in Vienna from becoming very popular. The waiting lists are usually far from being short. That’s why you should apply your child as soon as possible.

According to one research, out of all the cities in Europe, Vienna comes the third in terms of how smart it is. And by “smart” we don’t mean “intelligent”. We’re trying to say that Vienna uses the latest IT advances to improve the way that the city works. In turn, this is making life easier for its residents.

The future is now in Vienna, as its officials are experimenting with things like electric bike rentals. Electric car sharing is another thing that’s in vogue in Vienna, as well as a network dedicated to charging electric vehicles. Moving to Vienna means that one can enjoy first-hand such fascinating technological innovations.

While we’ve already established that Vienna is a great place to live in, we’ll conclude this article by quickly recapitulating why that is so: 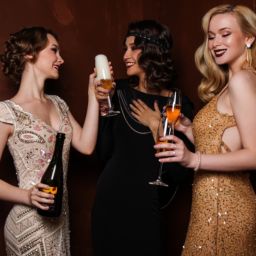 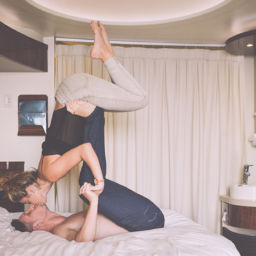 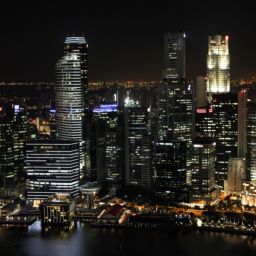 Moving from a small town to a big city